My dear friend Bandaid had to go in for surgery a few days ago, so she's stuck at home and bored.   After my interview yesterday, I impulsively decided to go visit her.  I called and, after confirming that she had the energy for it, pretty much announced I was on my way over.  Luckily, she lives up in Burlingame so she had about forty-five minutes to do whatever she needed to do before I showed up.

It struck me as I was driving that it's very sad that it takes recovery from a surgery to get a visit from me.  I mean, we've been friends for what, fifteen or sixteen years now?  Yet I probably haven't seen her since...gosh, I don't even know.  IT'S BEEN A REALLY LONG TIME.  We both work evenings, and weekends, so it's hard to get our schedules to line up with the rest of our friends.  But on that drive I made a resolution to make a much greater effort to see Bandaid regularly. 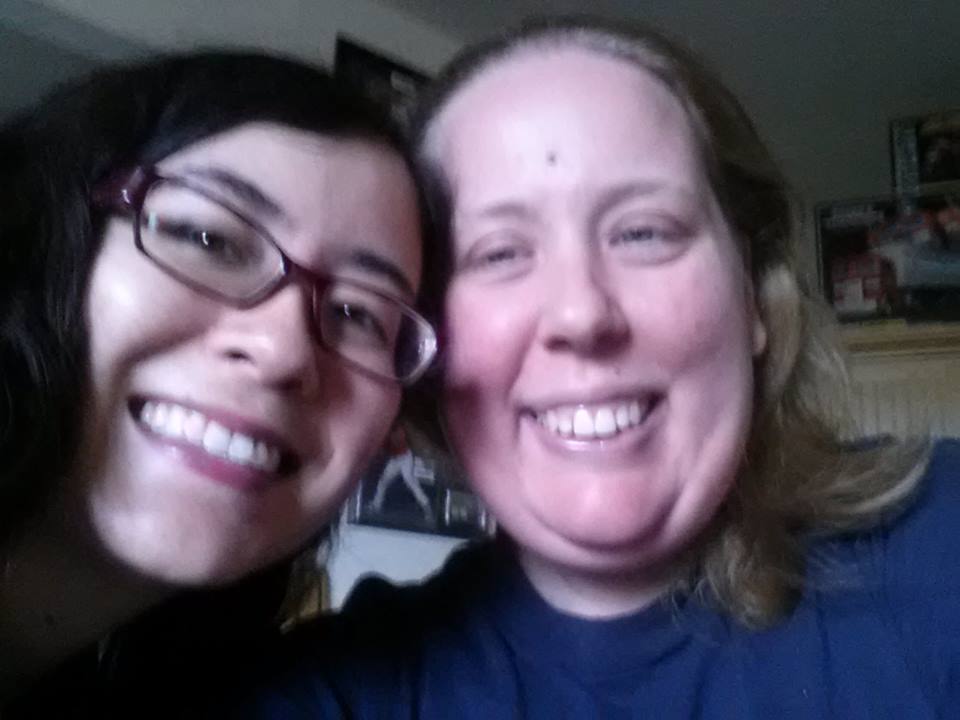 But hey!  We were reunited!  Blurrily!
I stayed for several hours and chatted about all sorts of random things.  The surgery had been to remove a blockage from her ovaries, and the doctor had taken a lot of pictures of her insides.  (The camera went in through the bellybutton, a terrifying thought!)  I pored over the pictures, fascinated by the pink blobs inside Bandaid's reproductive organs.  We reminisced about the good ol' days when we were young, and wondered what our high school selves would think of the old hags we've become.

Bandaid's husband was home to take care of her while she was recuperating, but he hid out in the bedroom so that we could indulge in our girly talk without him.  He came out long enough to feed me (which was really sweet of him, but I guess Filipinos take their hosting duties seriously!) before disappearing back into his cavern to watch movies or whatever he was up to.

Eventually I had to head home, or be stuck in rush hour traffic for hours.  But it was a lot of fun, and it reminded me that I really ought to make more of an effort to be social.
Collapse