Yesterday was a super long day.  I volunteered to help Jeans decorate her classroom with a Peter Pan theme, because why not?  I have years of experience setting up classrooms thanks to having an elementary school teacher for a mom, and it sounded like fun.  When Jeans told me that my main task would be to draw the mermaids in Neverland's lagoon, the job became at least 15% cooler.

It takes for-freakin-ever to create three life-size mermaids.  I envisioned creating something Mary Blair-esque, mermaids straight out of a storybook with bold, bright colors.  Since teachers always have enormous rolls of colored butcher paper available, I decided to cut each element of the mermaid out of different colors of paper - so a green tail, colorful hair, and so on.  It soon became clear that this was going to take much too long, so I simplified a bit - the hair and tail would be paper cutouts, but I'd draw the face and torso instead of laboriously cutting out eyes, lips, and bikini top designs.

First I had to draw the fishy ladies' torsos, which involved a lot tweaking and erasing.  Mermaids, as you know, are the sluts of the sea, and the mermaids in Disney's Peter Pan movie are prime examples of this.  Busts covered only with starfish or artfully arranged hair are not going to fly on an elementary school classroom, so I ended up shaving down my mermaids' chests quite a bit and creating elaborate bikini tops for them to wear.  Not a hint of cleavage anywhere.

Next was cutting out the tails, which wasn't too bad except that I had to make sure they remained proportional to the torso.  Not too bad.

The hair was the most challenging, because I had to choose a hairstyle (how to make a redheaded mermaid that won't look like Ariel, especially when you've already given her a purple top?) and then figure out how to place it on the mermaid's bald head without accidentally cutting off a crucial piece.  Someone smart would have preplanned everything before cutting pieces out, but since I'd done it one step at a time the paper wigs didn't always work on the first try.  But after working on them all afternoon (seriously, the mermaids took six or seven hours) I had three fishy females hanging on the wall: 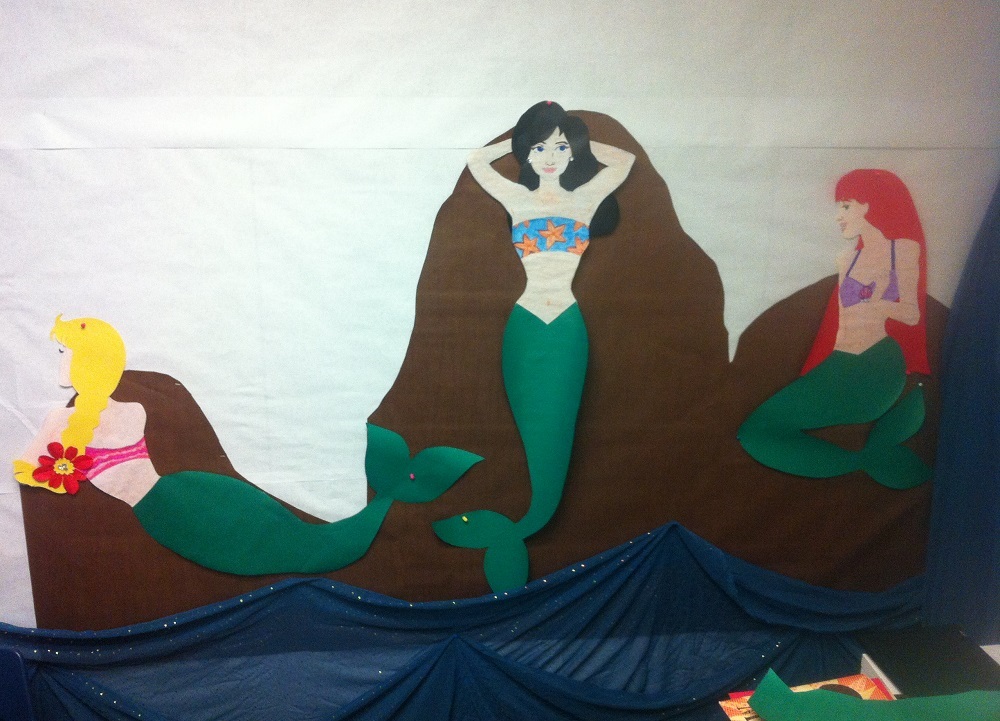 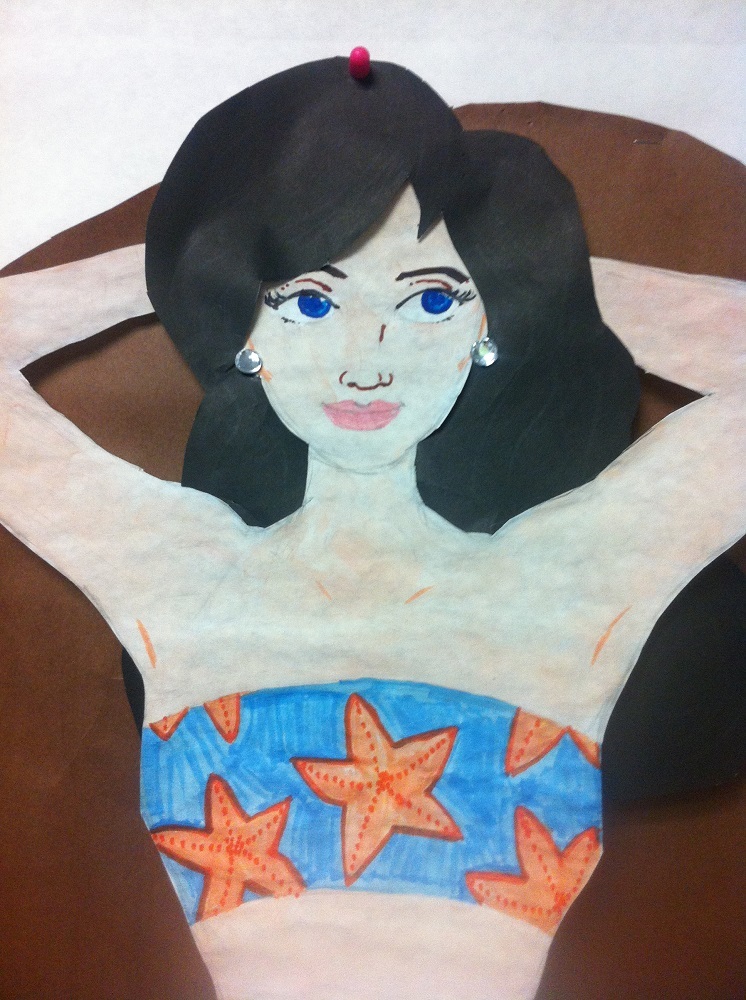 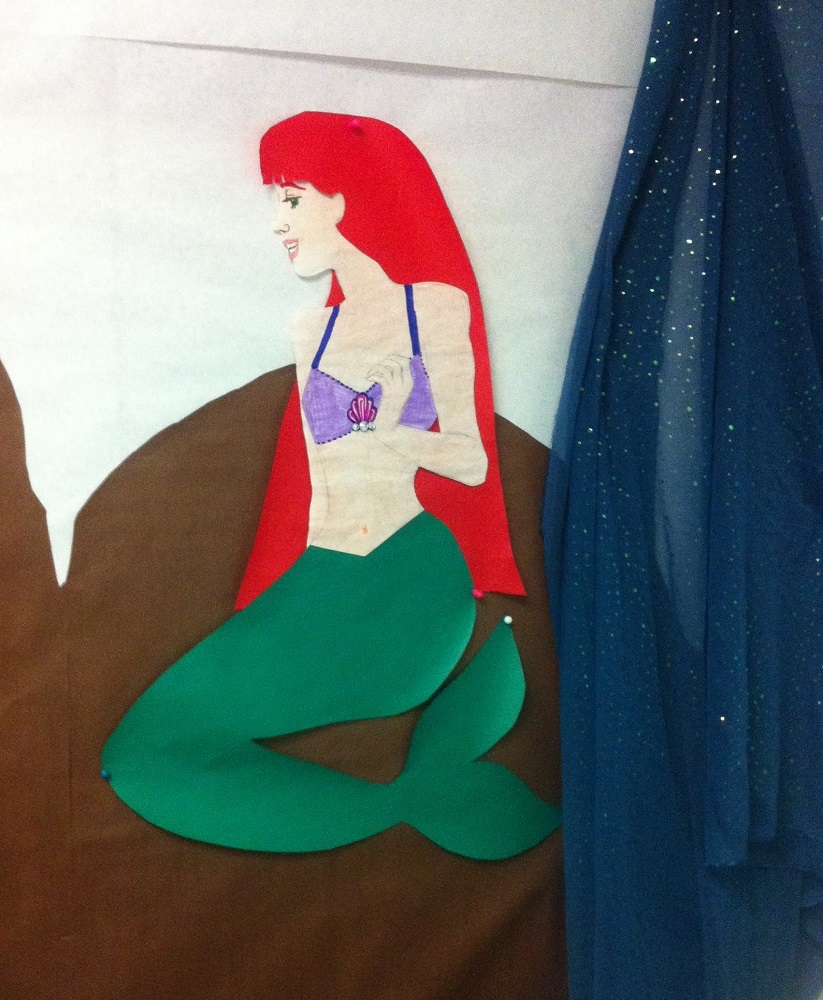 Ginger didn't turn out so great, but the other two look fine.  Jeans said she'd dress them up some more today by adding glittery scales to the tails and moss to the rocks.
Collapse