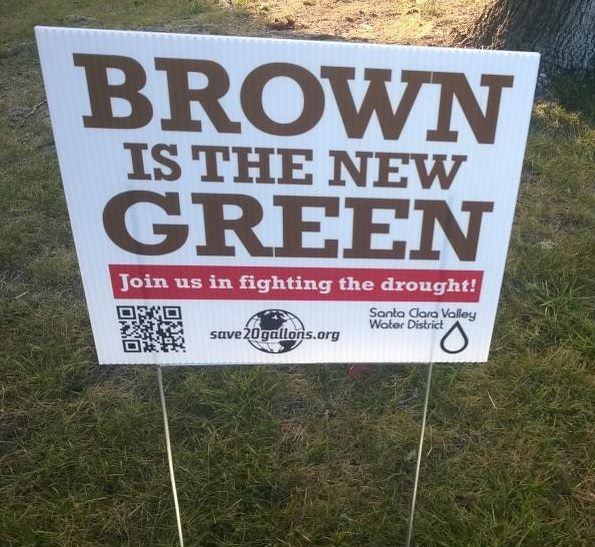 At the HOA where I work, we have one of these signs posted near the gate.  No, it isn't a reference to the current governor of the state - "Brown is the New Green" is part of a campaign in California to encourage less water usage.  We intentionally put the sign at the edge of a large patch of grass, which has slowly been browning at the edges because we have reduced our water usage.  Residents were complaining, so the sign was put out just to remind them that the change in color isn't neglect, but an intentional response to the current water crisis.

You'd think that people would be understanding, right?
(You don't think?  Ah, you've worked in customer service before.)

A resident just came in and complained that he wanted the sign gone because it was "too political".