This morning I was poking around on Twitter and happened across an announcement that the author of some Star Wars book would be reading an excerpt tonight at Books Inc.

I have a strained relationship with Star Wars. I used to really, really love the series. I watched the original trilogy over and over and over back in my youth. I read as many of the Expanded Universe books as I could get my hands on, even picking up battered old paperbacks from the 1970s that told stories set between the movies. (These novels were terrible, and looking back I suspect they weren't authorized by Lucas.) When I heard that a new Star Wars movie was coming, I was EXCITED.

Then The Phantom Menace came out and stunned audiences with its mediocrity. It was so bad, in fact, that I clocked out of the Star Wars universe completely. I have not seen the two subsequent movies and I doubt I've picked up one of the novels since 2000, maybe 2001.

But some small part of me still enjoys the franchise (evidenced by my reviews of William Shakespeare's Star Wars and The Empire Striketh Back) so I decided to go up to Mountain View and check out this new book.

Chris Taylor started out by introducing himself and the impact Star Wars had on his young life, and briefly outlined the path that had led him to writing this book. (Short version: He looked for a book on a history of the Star Wars franchise, realized one didn't exist, and set out to fix the problem.)

Taylor then read an excerpt from How Star Wars Conquered the Universe, a chapter about the 501st Legion. If you've never heard of the 501st Legion, you're not alone – I wasn't familiar with them, either. But if you've ever seen a group of Stormtroopers at a comic book convention or at a charity event, they were almost certainly members of the Legion. It's a fan-based group dedicated to making and wearing film-accurate Stormtrooper costumes. They started as a two buddies dressing up for a special theatrical release of the original Star Wars movies, but it has exploded into thousands of fans divided into garrisons across five continents. The Legion has become so big and central to the Star Wars mythos that it was eventually introduced into the canon universe. 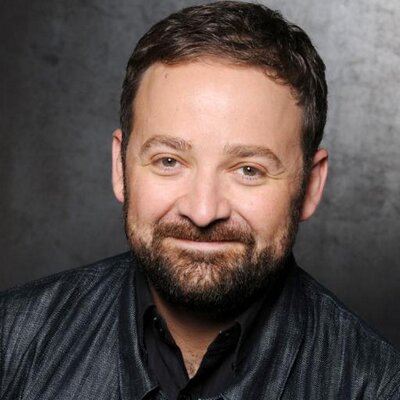 As Taylor was reading, his eyes lit up and you could hear the passion that he has for Star Wars in every paragraph. He made me want to grab a copy of the book off the shelf and start reading to see what else had happened in the many years since I stopped paying attention to Star Wars. Are there other fan groups who dress up as aliens and reenact debates of the Galactic Senate? Can he explain those “Origami Yoda” books I see on bookshelves? I was really curious.

After he finished the excerpt, he took questions from the audience. I think there were a couple of hardcore fanboys in the crowd, because they really wanted to get into nitpicky detail about aspects of Star Wars and the management of the franchise by Disney. Taylor maintained a positive air throughout, suggesting that Disney would likely lift characters and plots from the Expanded Universe novels (which have been demoted to “legends” instead of remaining part of the official storyline) for the new movies and that the company would be a good steward for the franchise.

When the questions ran out of steam, Taylor signed books and chatted with the audience. I bought a book and had him sign it for my husband, who is a huge Star Wars fan and couldn't make it to the reading. But even though the book is now inscribed “To Sean: The Force will be with you” I have a strong suspicion that I'll be the one who'll read it first.