As you know, I love Disneyland and everything related to it. When I heard that the creator of Doombuggies.com, a Haunted Mansion fan site, had recently published a new book about the history of the Disney attraction, I wondered if it would be possible to have him come to the store. This was back in early August. I couldn't figure out a way to pitch the event to my boss, so I mentally shelved it until I realized it might be a great book to have in the store around Halloween-time. 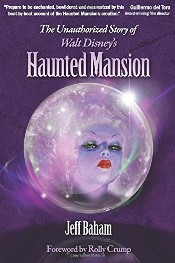 So I asked Jeff Baham, author of The Unauthorized Story of Walt Disney's Haunted Mansion, if he would be willing to come on over and give a little Disney history lecture. He graciously agreed, and thank goodness! I had initially asked three or four authors who had books about local haunts and spooky places to join us for a “Spooktacular Sunday” at the store, but by early October they had all dropped out. (All had valid reasons, and I'd happily do an event with them in the future.) So I talked to my boss and ordered our stock of Jeff's book.

On the day before the event, I realized that we had already sold most of our supply of Walt Disney's Haunted Mansion. I had been fretting that we would not be able to sell the books I had ordered, because we're still learning the tastes of our audience and I didn't know if Disney history would be a hit. I mean, I like it, but do the readers of Los Gatos like it? Now it looked like we might run out of books before the event started, which would be really embarrassing. Thankfully, Jeff had some extra copies and agreed to bring them in.

I go to work and start setting up chairs. Jeff arrives with his gear and we get him settled in. Our first Mansionite Chad arrives a few minutes later, dressed as a Disneyland Railroad Conductor. His costume is fantastic! Turns out that he drove all the way down from Concord to hear Jeff speak. That's awesome. Soon, other people were trickling in, and we got a pretty good-sized crowd – the largest one I'd seen at one of the store events so far. Everyone was excited and eager to talk about their Disney experiences, so it was a lively crowd. We decided to start the talk at 2:45 instead of 2:30. 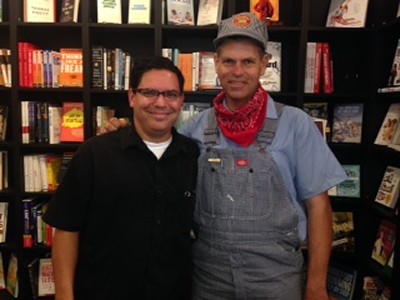 This is when I learned one of the unfortunate side effects of working a bookstore event that you've organized: even though you are totally into the talk and want to listen with all of your might, you are also a customer service representative and you have to help anyone who walks in off the street with their shopping. There was an especially awkward moment when a loud man came in and didn't catch on to my hints to keep his voice down, so I eventually had to point to the large crowd gathered at the back of the store and ask him to please keep his voice down because we had an author reading in the back. (For what it's worth, he was very embarrassed and sorry; he simply hadn't noticed.) As a result, I only caught about half of Jeff's talk.

He read some excerpts from his book that illustrated the development of the Mansion concept in the 1950s and 1960s, and highlighted some of the major changes that came along the way. He showed a picture of a house in New England that had served as the model for the Disneyland Mansion building, which was really cool. After he finished his talk, he answered questions about the Hatbox Ghost, some of the special effects, differences in the Mansion attractions in different Disney parks, and other questions about Disney history. When there were no more questions, Jeff chatted with people one-on-one as he signed books. 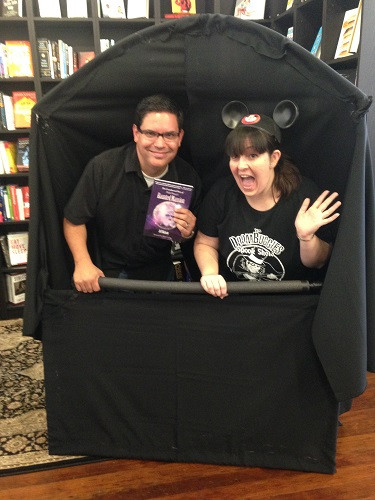 Jeff and Jenn, who wore matching Converses that tragically didn't make it into the picture

A woman named Jenn had brought a homemade Doom Buggy costume to the store. It was SO COOL! I had actually seen her on Friday night at the Walt Disney Family Museum (it's hard to miss a large black buggy moving through a room) and was thrilled that she'd also made it out to our event. She was so sweet that she even let me and Jeans take a picture inside the Doom Buggy. 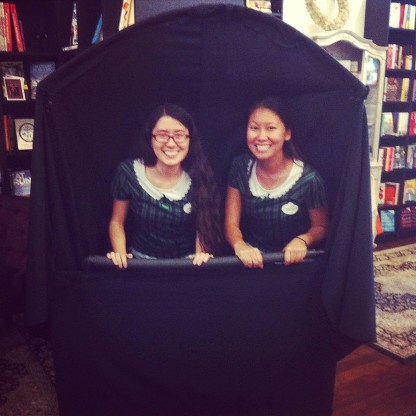 Jeans is a trooper for doing this sort of thing with me.

It was a very successful event. We sold out of all our copies of Jeff's book, and sold several of the copies he brought, too. Our Spooktacular Sunday was also quite the learning experience for me. I definitely made some rookie mistakes in the planning process, which everyone was very gracious about. In spite of my own incompetance, I had so much fun and I hope that all the people who came did, too.
Collapse