Today Disney-Pixar announced that they will be releasing TOY STORY 4 in 2017.

I am so, so conflicted on this.

The Toy Story trilogy is possibly my favorite movie series of all time. It's this perfect story arc. Buzz and Woody are awesome together, and I love their emotional growth over the course of the series. Well, Woody's hero journey, anyway. In the first movie, Woody has to come to grips with the fact that he will not be Andy's favorite toy forever and work through his jealousy of Buzz. In the second movie, Woody has to answer the question of purpose: who is he, and what is a toy? Is it more important to be remembered for decades in a museum collection or to be with the boy who loves you for the few years of childhood still remaining? Then in the final movie, the toys confront loss and death in a bittersweet, poignant ending that perfectly concludes the story.

There have been shorts in the years since Toy Story 3 was in theaters, and they've been cute. Silly. Enjoyable. But they aren't at all necessary to the main story, and if you never see them you don't miss much. Toy Story of Terror, which aired on TV last year around Halloween, was thematically very similar to the second movie and didn't really bring anything new to the franchise. I worry that this is how a Toy Story 4 will be – nice enough, but nowhere near the quality of the trilogy.

So far, only the scantiest details have been released. Toy Story 4 will be a “love story” set soon after the events of Toy Story 3. Which characters are involved, or what kind of love – brotherly? friendship? Romance? - is not yet known. I want to be so excited and happy about it, because I LOVE TOY STORY, but mostly I just quietly hope they'll cancel the project before 2017 rolls around so that my precious series can remain the perfection that it is. 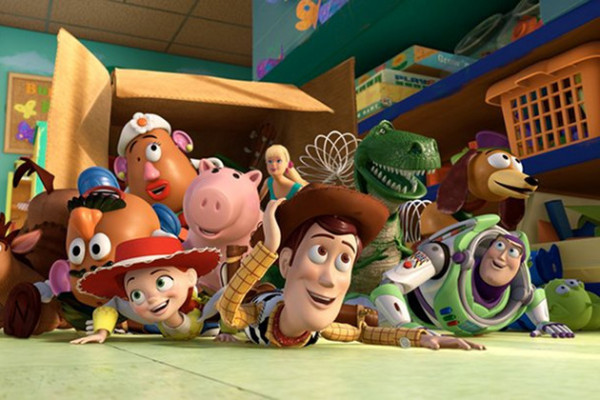