GUESS WHAT CAME IN THE MAIL TODAY???

I love this stupid TV show.  It's corny, it's silly, it's completely over the top.  It fills me with joy and nostalgia.  (I wrote a whole post singing its praises not too long ago, so I'll spare you another gushing love letter to Adam West.)  But to be honest, I've probably seen less than half of the series, because for years it wasn't available save for a couple of beat-up old VHS tapes my mom taped off of network television in the late 1980s.

But now, now that the series has finally been released on Blu-Ray I can catch up on the Caped Crusaders in all their glory.  Hooray for glorious colors popping off the screen, for the glint of sunlight shining off the gleaming Batmobile, for Frank Gorshin and his hyena cackle, for Burt Ward and Adam West.  Hooray for all of it.

Also, sorry friends.  If I seem a little distracted when we're talking over the next few days, it's probably because a constant loop of "NA NA NA NA NA NA NA BATMAN" is playing over and over in my head. 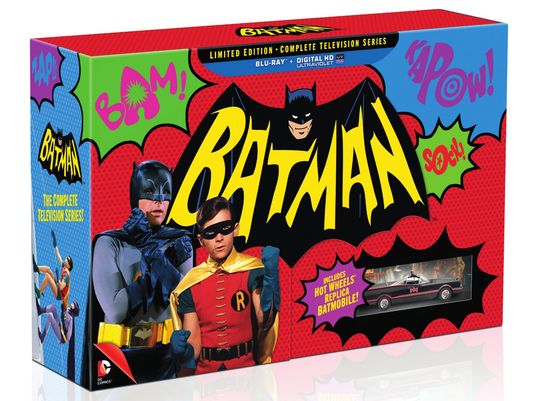