I was walking behind Seanie as he sat on the couch, doodling on his tablet, when I caught a glimpse of what he was working on: 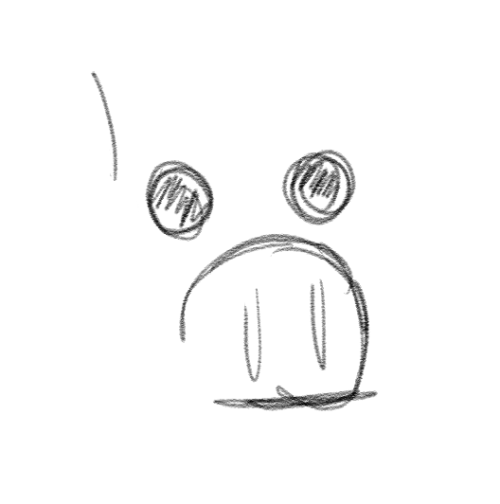 "Oh," I said, "Are you drawing Mickey Mouse?"
"NO!" he scoffed.
I squinted a little more, but all I could see was Mickey Mouse: 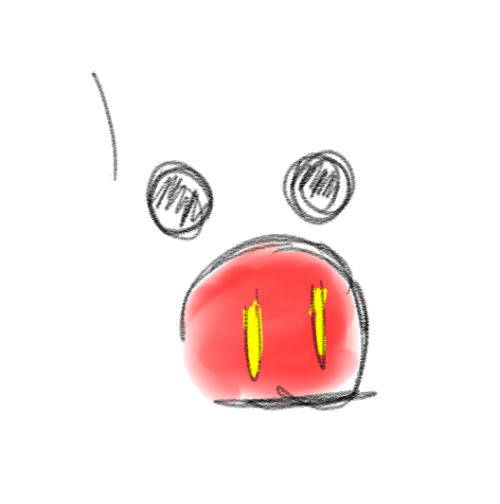 "Are you sure?  It looks like Mickey Mouse."
"No it doesn't."  But he stopped and considered.  "Maybe like a minimalist version of him."
"No no," I corrected, "It's like a real Mickey Mouse!"  At this point, I'd already seen another potential version of Mickey and I wanted to seem extra creative, "He's got his nose squished on the floor."
"What are you talking about?" my husband said, shaking his head at my silliness.
"Give me your tablet and I'll show you!" I said stubbornly.  He did, but took it back immediately so he could add a layer and prevent me from ruining his original project.  I took the stylus and quickly sketched Mickey in:

Sean pointed out some of the flaws: ears too small, eyes all wrong, etc.  But he was entertained all the same.  After a few minutes he went back to his original project, and I asked him what he was drawing.
"SURFING PIG!" he declared.
A what? 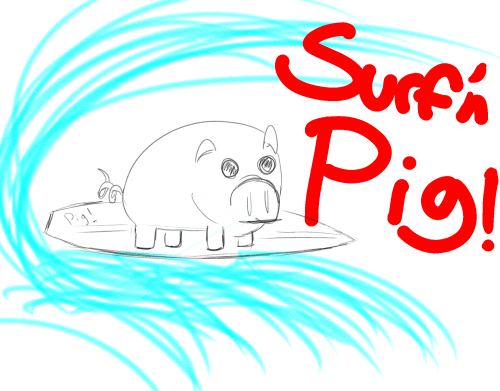