Awesome Pack #5
My boss was on vacation for a big chunk of July, and then we had a string of events.  When I got home in the evenings, I was so tired that all I wanted to do was zone out with a book or by watching TV.  Seanie and I played hardly any games at all.  I hope we'll have more time this month for our new Awesome Pack games. 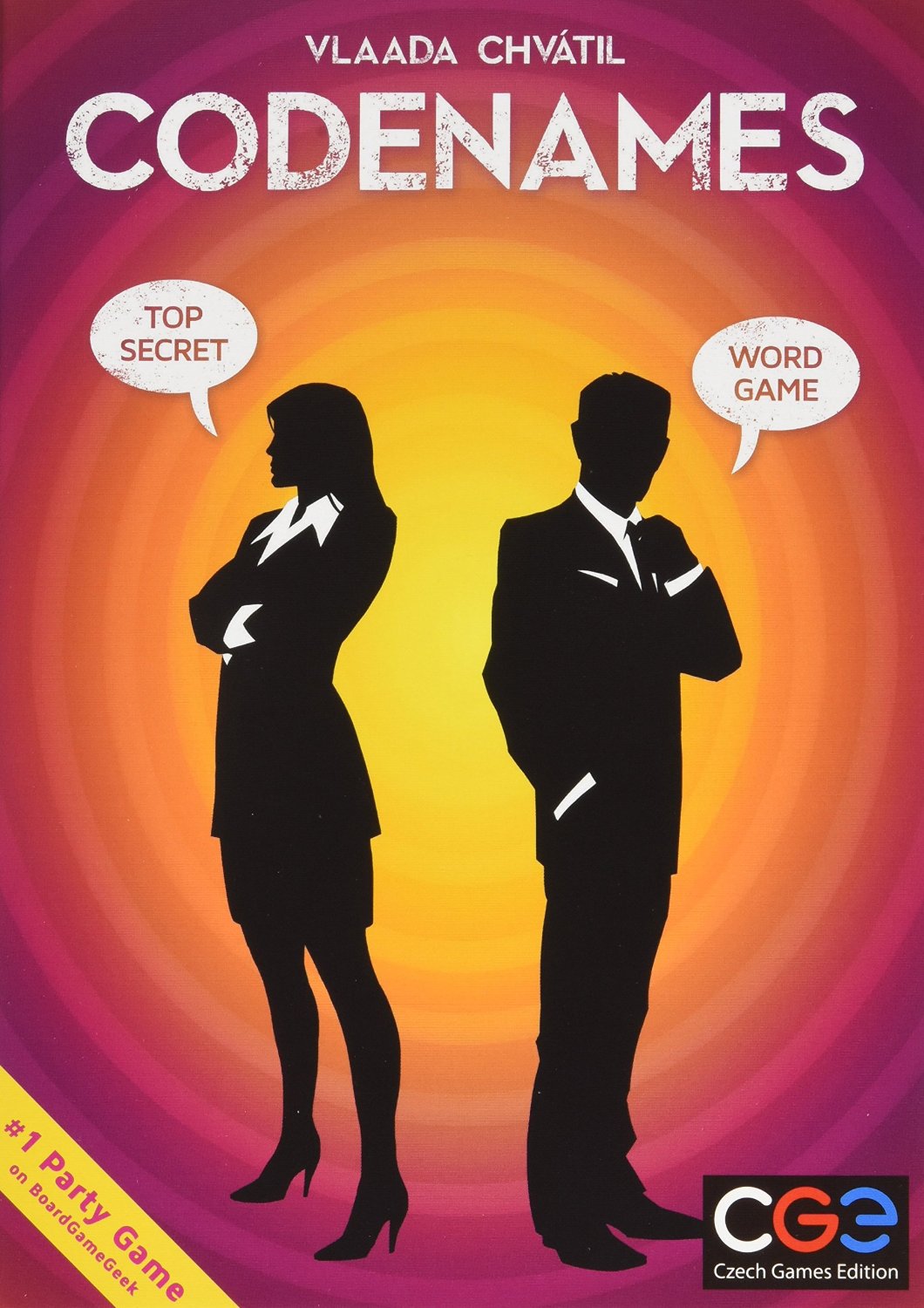 Codenames
2-8+ players
Codenames is a social word game with a simple premise and challenging game play. Two rival spymasters know the secret identities of 25 agents. Their teammates know the agents only by their codenames. The teams compete to see who can make contact with all of their agents first. Spymasters give one-word clues that can point to multiple words on the table. Their teammates try to guess words of their color while avoiding those that belong to the opposing team. And everyone wants to avoid the assassin. The game works very well with 4 players if you prefer to guess without help. Or you can add more players if you prefer lively discussion. There is also a cooperative variant where a single team tries to achieve the highest score they can by playing against the game itself.
Game's retail price: $19.95

Interesting.  I like that this game is so flexible for parties of any size.  I don't think this game would have caught my attention if I saw it sitting in a store, but since it's here I'll try it. 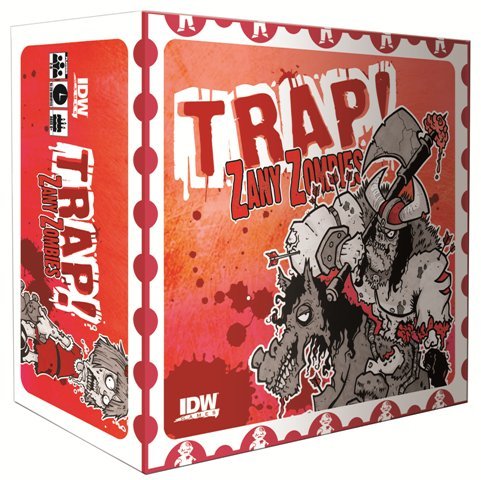 Trap! Zany Zombies
2-4 players
Introducing TRAP!, the new fast-paced, deductive, dice-rolling card game system for 2-4 players by the designer of Killer Bunnies, Jeffrey Neil Bellinger. In TRAP! you're trying to ensnare the biggest sets of creatures over the course of five rounds. This assortment features 6 increasingly zany zombies that players will have to hunt down as well as an exclusive bonus link and lock card for use with TRAP! Nimble Ninjas!
Game's retail price: $14.99

I didn't know IDW made board and/or card games.  I only know them as a graphic novel company.  I guess they've expanded, or they've always been a multi-platform entertainment company and I never realized it. 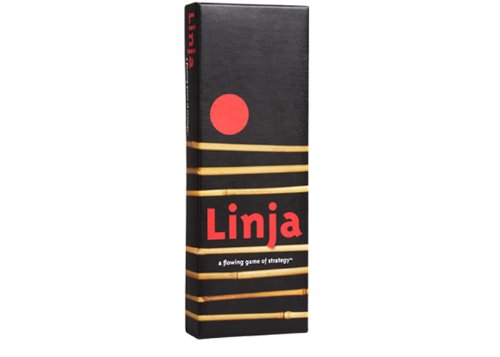 Linja
2 players
Elegant design, natural materials and simple game rules are combined to offer players an exquisite and original game. Each player tries to be the first to place 6 of their pieces on their opponent's camp while ensuring that their remaining game pieces are not left too far behind. An environmentally friendly and beautiful game.
Game's retail price: $16.95

This looks cool.  I love simple games like mancala and this looks like it'll be a relaxing and fun game.