I received the plate I made at the Art Glass Center of San Jose in the mail today, and I thought it would be fun to take some pictures what I made.  Both classes I took at the center produced the exact same objects, which was disappointing, but it's also rather interesting to see the different results when I was essentially given the same materials to work with both times.

This first picture will be from the class I took back in November 2011.  It was my first time at the Art Glass Center: 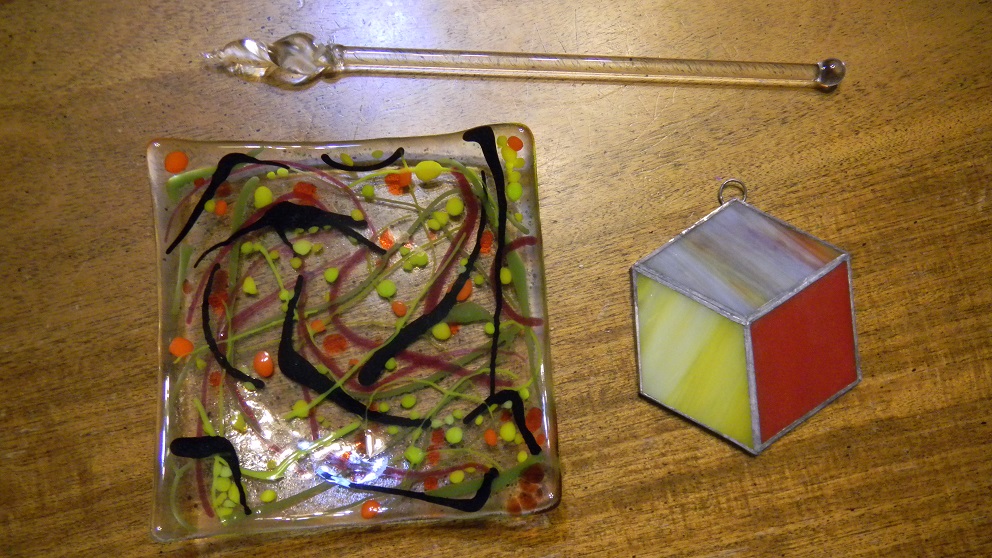 The plate ended up having a very Jackson Pollock look to it - at least, I like to think so, since that was the effect I was going for.  The suncatcher was rather useless as a window decoration, but it has been finding a second life as a coaster, and it has been very well suited to the purpose.  The stir stick has been, well, a stir stick - but useful for mixing taller cups that our short spoons can't mix effectively.
Here is the second set of glass objects, which I made just over a week ago: 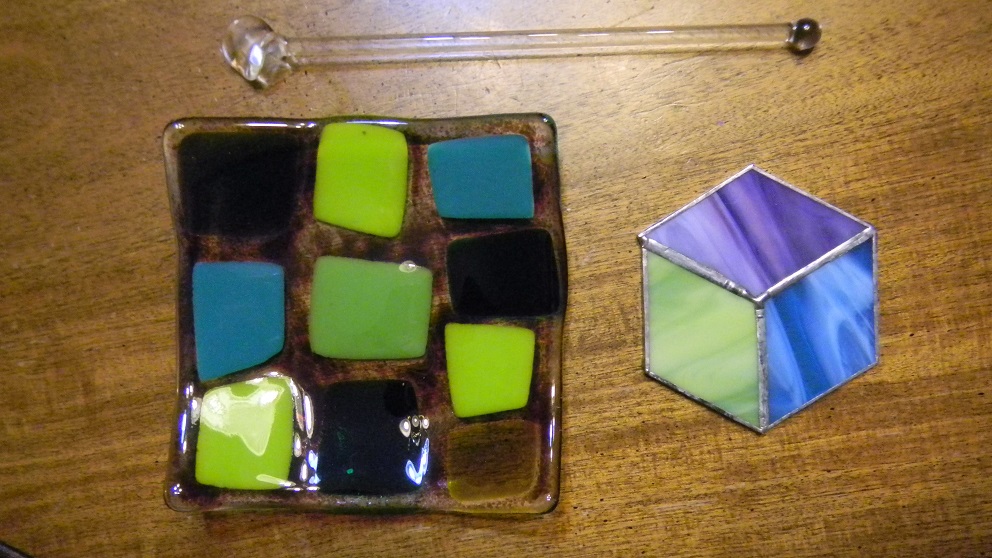 See?  The projects are absolutely identical.

Since I had no plans to hang the suncatcher, I didn't bother to put a ring on it this time - it is ready to move straight into its role as a coaster.  The glass dish wasn't quite as successful as I hoped, either.  I cut cubes of flat green glass into squares to make a cubed pattern - but when they were heated, the various green colors changed slightly, and the final result wasn't nearly as harmonious as they were during the conception stage.  Unfortunately, the frit (the sandy bits that create the background color) didn't melt evenly, either, so instead of having a solid color I was stuck with a decidedly uneven splash of color.

Ah well.  I tried.  I think that the projects generally show improvement over the earlier set - who knows?  Perhaps with more time, and more practice, I'll create something that other people might someday admire.
Tags: art, glass, sjgaa
Subscribe