Shabby Apple
Dare to Design: 1940s
One of my favorite clothing websites, Shabby Apple, is having a contest right now.  Create and submit a dress design inspired by the 1940s, and if you win your dress will be produced and sold on their website as part of a future collection.  Additionally, a small percentage of the sales profit will be passed on to the designer.  It seemed like a fun challenge, so I decided to whip something up.   (Sadly, I found out about the contest less than a day before the final deadline, so my sketches were rather rushed.)

So when I think about the 1940s, the first thing that pops into my  mind is, naturally, World War II.  It's a bit hard to ignore, right?  So then I start thinking about patriotism and Uncle Sam and the good ol' red, white and blue.  I think about skirts that go down to the knees and sleeves that are slightly puffed at the shoulder.  Things should be simple, since for several years fabric was scarce and women had to remake old clothes tended to avoid fussy decoration.  So when I was working on the dress, I wanted something that would be stylish, comfortable and playful.  A 2013 update on dresses like the ones in this link. 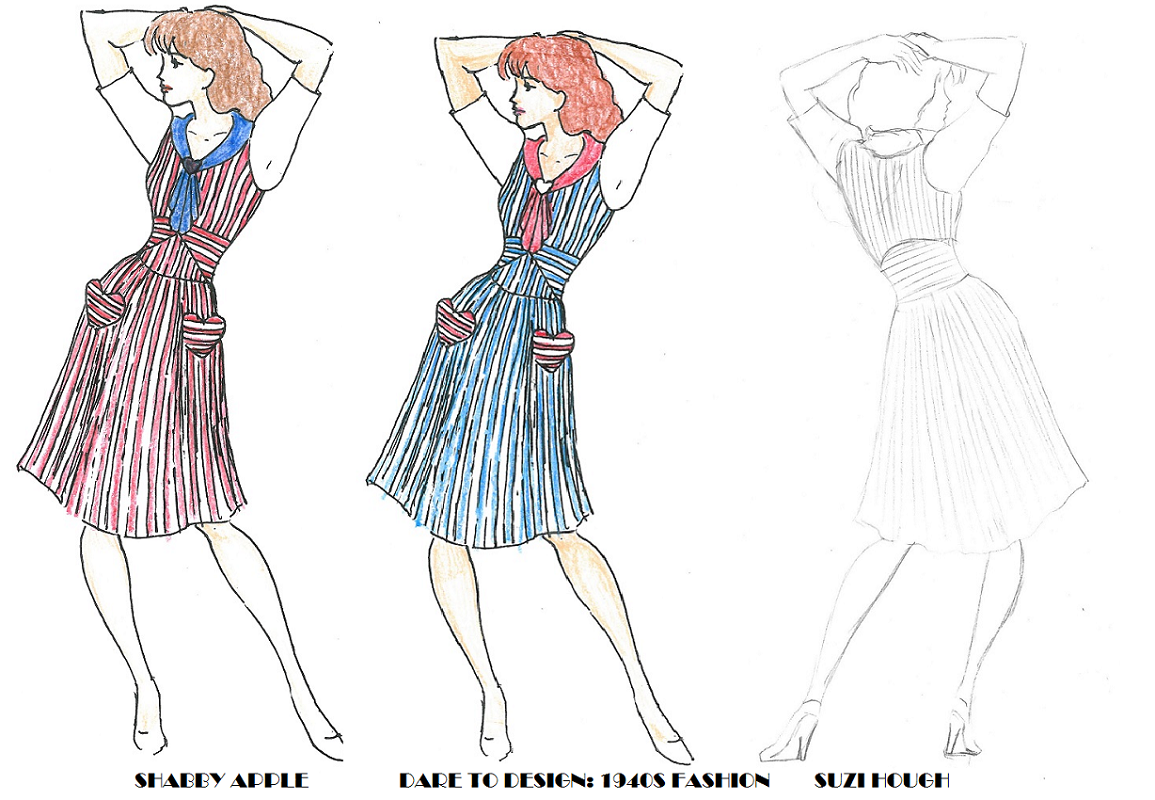 This dress would be made from a lightweight cotton.  Initially, I imagined a striped gingham fabric in red/white or blue/white, but I think the dress could work well if made with a jersey knit, too.  The hearts on the skirt are actually pockets - because who doesn't love a skirt with a pocket?  A hidden zipper down the back would allow the dress to be slid off and on quite easily.


I hope that this dress finds a few fans!   I'd love to see it go into production.
And if you've never visited Shabby Apple before, pop over and look at their collections - especially if you're a fan of websites like Modcloth.  The collections are super cute, with fun fabrics and full skirts galore!