Powell's Indiespensable Book Club
Volume 55: Did You Ever Have a Family
Since 2008, Powell's Books of Portland, OR has run a book club/subscription service that sends a new, autographed hardcover book in a custom slipcase to its subscribers. Each mailing is accompanied with notes on the selected book and a surprise selection of extra items. 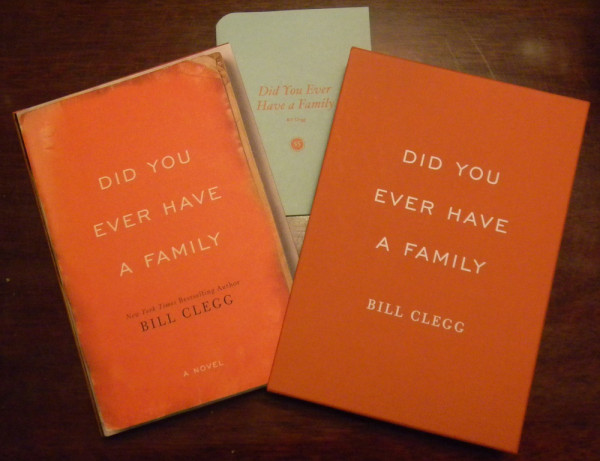 DID YOU EVER HAVE A FAMILY by Bill Clegg
The stunning debut novel from bestselling author Bill Clegg is a magnificently powerful story about a circle of people who find solace in the least likely of places as they cope with a horrific tragedy. On the eve of her daughter's wedding, June Reid and's life is completely devastated when a shocking disaster takes the lives of her daughter, her daughter's fiancé, her ex-husband, and her boyfriend, Luke — her entire family, all gone in a moment. And June is the only survivor.

Alone and directionless, June drives across the country, away from her small Connecticut town. In her wake, a community emerges, weaving a beautiful and surprising web of connections through shared heartbreak. From the couple running a motel on the Pacific Ocean where June eventually settles into a quiet half-life, to the wedding's caterer whose bill has been forgotten, to Luke's mother, the shattered outcast of the town and everyone touched by the tragedy is changed as truths about their near and far histories finally come to light.

Elegant and heartrending, and one of the most accomplished fiction debuts of the year, Did You Ever Have a Family is an absorbing, unforgettable tale that reveals humanity at its best through forgiveness and hope. At its core is a celebration of family — the ones we are born with and the ones we create.

A darling with booksellers, Did You Ever Have a Family? was picked as the September 2015 Indie Next Great Read and was featured on the cover of the monthly newsletter. It's a title that I've eyeballed but neglected because I've got such a looming pile of books to read as it is. It sounds like it'll be a fascinating examination of loss, so I'm glad that Powell's picked it as this month's featured title. As always, each Powell's title comes autographed and includes a little pamphlet containing an interview with the author, Bill Clegg. 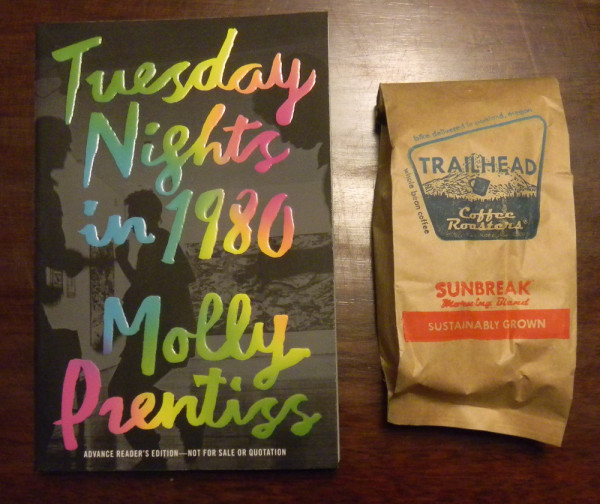 TUESDAY NIGHTS IN 1980 by Molly Prentiss
An intoxicating and transcendent debut novel that follows a critic, an artist, and their shared muse as they find their way—and ultimately collide—amid the ever-evolving New York City art scene of the 1980s.
Welcome to SoHo at the onset of the eighties: a gritty, quickly gentrifying playground for artists and writers looking to make it in the big city. Among them: James Bennett, a synesthetic art critic for the New York Times whose unlikely condition enables him to describe art in profound, magical ways, and Raul Engales, an exiled Argentinian painter running from his past and the Dirty War that has enveloped his country. As the two men ascend in the downtown arts scene, dual tragedies strike, and each is faced with a loss that acutely affects his relationship to life and to art.
It is not until they are inadvertently brought together by Lucy Olliason—a small town beauty and Raul's muse—and a young orphan boy sent mysteriously from Buenos Aires that James and Raul are able to rediscover some semblance of what they've lost.
As inventive as Jennifer Egans A Visit from the Goon Squad and as sweeping as Meg Wolitzers The Interestings, Tuesday Nights in 1980 boldly renders a complex moment when the meaning and nature of art is being all but upended, and New York City as a whole is reinventing itself. In risk-taking prose that is as powerful as it is playful, Molly Prentiss deftly explores the need for beauty, community, creation, and love in an ever-changing urban landscape.

Thankfully, this book won't be released until April 2016 so I have plenty of time to read this ARC. While I'm not one of those youngsters who wishes to revive the 80s in all its neon-colored glory, the fact that this book is set in the heart of New York City's art scene makes me want to pick it up right away.

TRAILHEAD COFFEE ROASTERS Sunbreak Morning Blend
You can never go wrong including coffee in a subscription box. I can't get through a morning without the brown stuff so I know we'll use this...as soon as I get around to buying a coffee bean grinder. They're inexpensive and I've amassed several bags of whole beans so I really need one, but that purchase always gets put off again and again. But how tempting is this description? “A balanced blend of chocolate, cinnamon and hazelnuts” — yum!

Some fun new discoveries this month – books I wouldn't have picked up on my own but now that they're in my hands I want to start reading immediately. Powell's does such an awesome job with their subscription box curation.