Twilight jumps over the shark (even more than it already had)

My boss pulls me aside yesterday afternoon.

"I'm going to tell you this super-secret thing," she says. "They made me sign so many papers saying we wouldn't leak the news.  You can't tell ANYONE until tomorrow."  She proceeds to tell me that there is a new Twilight book coming out.

"Does anyone still read Twilight?" I asked.  She waved that bit of snark aside and told us that the publisher was releasing a special tenth anniversary edition of the book.  It will include both the original story and a new gender-swapped version of the romance.

A gender-swapped version of Twilight.  Bella is now Beaufort, the new man in town.  Edward becomes Edythe, a vampire so gorgeous and alluring she doesn't even have to spell her name correctly.  Poor Julie BLack is Beaufort's girl-next-door.  My mouth is hanging open and a fly may have flown in but I don't care because my boss cannot be serious.

But she is, and this new version of Twilight is a legitimate, real thing. 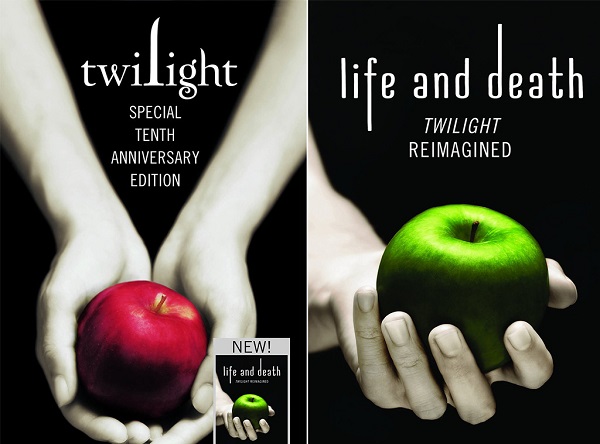 All the hush-hush surrounding the book's debut makes me wonder - did the publishers keep things quiet so that critics on the Internet wouldn't have time to start ranting before the book's release, or was this a last minute substitution for a better anniversary edition that fell through at the last minute?  Or does someone at the publisher genuinely believe that this is what the fans wanted, and this reimagining of Twilight will send sales through the roof once more?

I have no idea.

All I know is that nobody came in to buy a copy while I was at the store.

Posts from This Journal “twilight” Tag