Awesome Pack #3
When you sign up for an Awesome Pack, they ask you for some biographical information about your family. Names, age of family members, and other basic information so that they can make sure the games they send are appropriate for the family. Since both Sean and I were born in May, our May box came with two birthday cards in it, one for each of us. It's cute little touches like this that really personalize the boxes.

I don't know if our birthdays were a factor, but it felt like this box was just stuffed and practically bursting at the scenes. They sent a total of FIVE games for May! I'm so excited I don't know where to start! 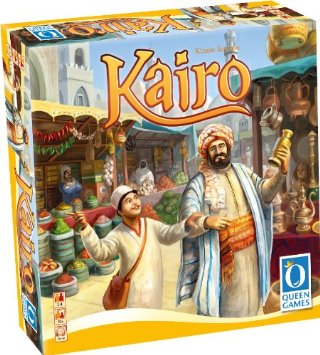 Kairo
2-4 players
A game by Kimmo Sorsamo for 2-4 players aged 8 and up. The bazaar in Cairo is bustling already early in the morning. Carpets, precious oils and exquisite spice are waiting for their customers. But only a large booth will attract their attention. Being traders, 2 to 4 players expand their market stalls to lure rich clientele. Players balance expanding their sites against drawing customers in -- bigger shops give you more victory points, but only when customers enter. Resources must be gathered, but each turn spent drawing is a turn the other players are building. Sometimes a market barker will be of good help, because the competitors are not idle and the customers don't like to walk long distances.
Game's retail price: $35.00 - $40.00

This is a great looking game! Even Seanie was excited when he read the description, and he isn't nearly as fond of board games as I am. (In fact, I strongly suspect he would never play them if I wasn't such a fan.) I can't wait to bust this one out at the next family party. 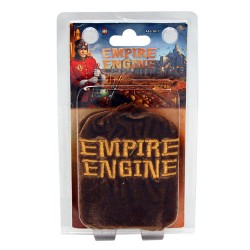 Empire Engine
2-4 players
Once, the world of Mekannis was united and prospered under the guidance of the Great Engine-an enormous thinking machine built into the molten heart of the world. Over millennia, Mekannis was transformed until every piece of land was incorporated into the gears and levers of the Engine itself. An act of hubris by the world's rulers caused a series of devastating malfunctions that shattered the land and the death of the Great Engine. Now four empires rise to dominance. Each empire vies to fulfill the prophecy and restore the Great Engine, the source of ultimate power.
Game's retail price: $9.99

This is a fast version of civilization-building games like Settlers of Catan or Civilization. It looks like fun! It's the sort of game my brother and I would have taken camping when we were little. 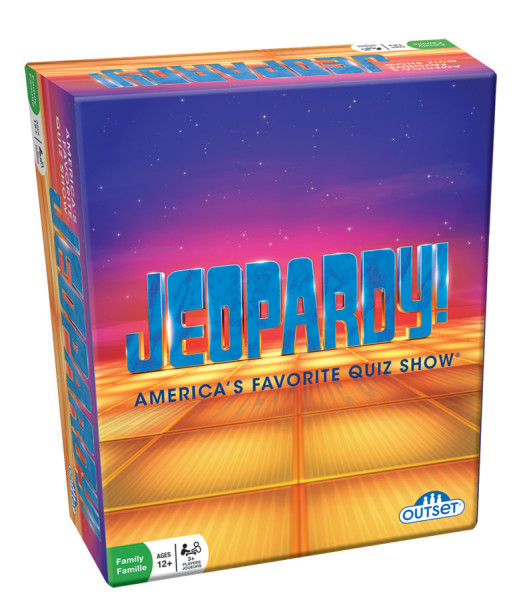 I love trivia games, and this travel version of Jeopardy looks like just the card game for entertaining my husband and our friends when waiting in line at Disneyland or for a play to begin. If I play often enough, do you think I can become the next Ken Jennings? 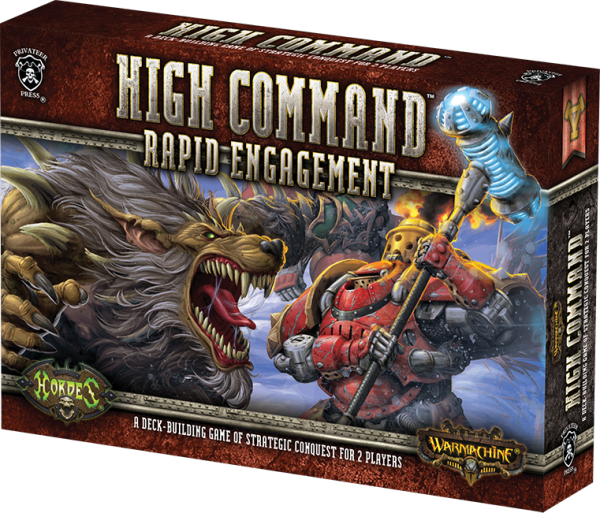 This looks like a game for my brother. He loves deck card games like Magic: the Gathering. He might enjoy mixing it up with something similar, but set in a completely different world and possibly different strategies. 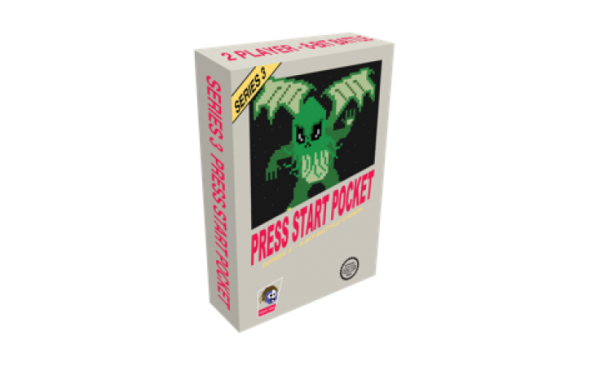 Press Start Pocket Series 3
2 players
ACTION PACKED! A card game adventure like no other. Select your 8-bit warrior and head into battle versus your 8-bit foe. Use huge weapons, super enhancers and attack cards to outwit and out-muscle the 8-bit competition.
Game's retail price: $8.99

This game looks like it was made for my husband. Using 8-bit characters, players head into battle with each other? Yup. Totally a game for a video gamer like Seanie.


We have so many games this month that I don't know if we'll be able to play them all before the next box shows up. Luckily, we do have some travel planned this summer so I will save the card games for those trips. They'll be worth their weight in gold on a long, boring plane flight across the country.