AWESOME PACK #10
Awesome Pack is a monthly subscription box that delivers board games, card games, and other "awesome" entertainment.  I decided earlier this year to end my subscription - my game shelves are fully stocked, and I need to make time to play all the ones I have before acquiring more - so I believe this will be my last box.

One of the drawbacks of Awesome Pack is the box always arrives after the month it's meant to celebrate.  For example, the letter that accompanies this current box has Christmas ornaments decorating the border.  That holiday was several weeks ago, but the box only arrived yesterday morning.  It's a little detail, but I notice it. 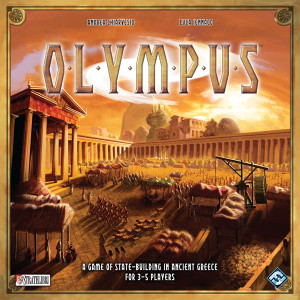 OLYMPUS
3-5 players
In the Ancient Greece, the poleis (city-states) thrived increasing their population and culture, occasionally waging war against each other, erecting buildings and celebrating ceremonies to get the favour of the deities abiding on Mount Olympus. The players will lead one of these city-states (like Athens, Sparta, Corinth, Thebes, Argos and others) expanding it and worshipping the various gods in order to become the hegemonic power of the Peloponnesus!

This looks great!  I love Greek mythology and I love civilization-building games.  Strategy games are fun, and this looks like it'll be a real challenge.  I know Donna and Kenny will play, and with the connection to Ancient Greece I might even be able to get Jeans interested. 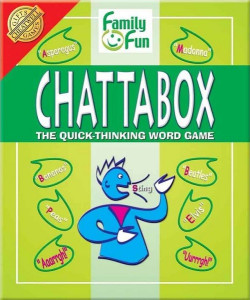 CHATTABOX
3+ players
This quick-witted word game is a riot of fun!  It's a helter-skelter race in which you must get rid of your cards by calling out answers to teasing topics.  Once the topic has been announced you'll have to think quickly, calling examples that start with the letters on your cards.

I think this is designed to be simple enough that kids can play, but when I see this I think it might be a great bar game.  It's exactly the sort of thing that you can play for as little or as long as you like, and it would get progressively sillier the more spirits imbibed. 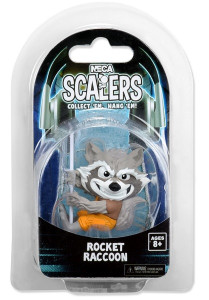 NECA Scalers: Rocket Raccoon
Sigh.
Scalers are little decorative plastic figures that you attach to your earbuds or other cords.  They hang there and look cute, I guess.   At 2" tall, I would think that the figure is too big and heavy to wear comfortably on your headphones.  You'd have this golfball sized toy swinging around every time you turn your head, with little pointy edges - potential ouch, don't you think? 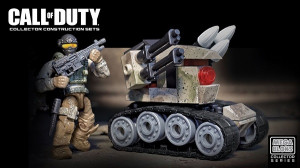 Mega Bloks Call of Duty Drone Attack Construction Set
I don't want little toys, but at least I am a fan of Guardians of the Galaxy so at least I can understand how Rocket Raccoon ended up in my box.  But Call of Duty?  Ick.
Don't want.

It is items like this Call of Duty set that soured Awesome Pack for me and contributed to the decision to cancel.  In every feedback survey, I told them "Games Only" and no pop culture-related items.  This information was not retained from one month to the next, and if I missed a feedback survey (or never even received one, which happened in December) suddenly little toys and pop culture items would be back in the box.  It got to be pretty frustrating because other aspects of the subscription were so good.