Just a selfie for this image-obsessed culture 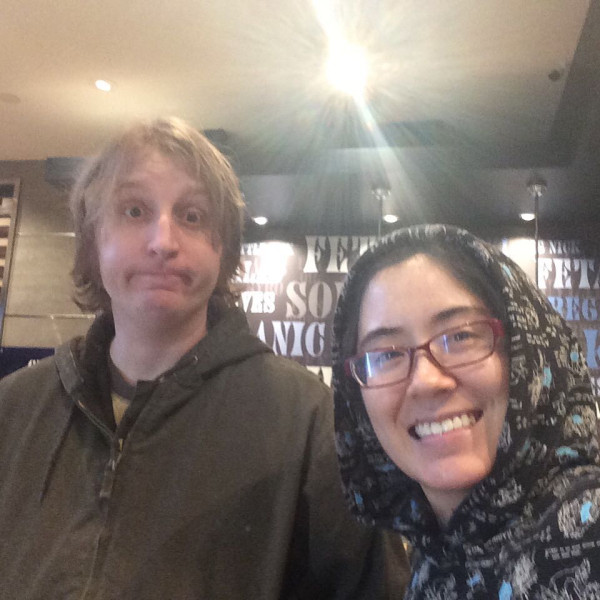 Took this photo back at the beginning of the month, but at first I wasn't going to post it because it was just a silly selfie while we were waiting for our dinner at Nick the Greek's.  But then I thought, I should share it, because I think it's the first picture of me 'n' Seanie I took in 2017, and aren't we a nice, happy-looking couple.
Also, it's winter and it was sprinkling outside, so we're nice 'n' bundled up.  If we remember to take a similar picture in July, it'll be quite the contrast.
Tags: seanie, selfie
Subscribe